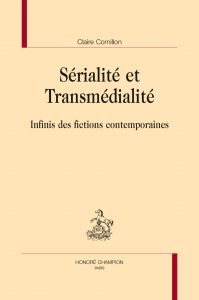 Seriality and transmediality are two fundamental facets of contemporary fiction which tend to go beyond the boundaries of forms, genres and media. The aim here is to attempt to rethink certain categories of literary theory in the light of these phenomena in order to analyse their paradoxes, but also to shed light on the place of fiction in the contemporary world. The multiplication of narratives, bridges between different media, and the participation of audiences open up possibilities that the works have not yet finished exploring. However, not only these objects but also the discourses carried on them and the doxa that develops in the collective imagination also reveal certain more or less explicit ideological dynamics. Aesthetic issues therefore encounter philosophical and political stakes such as the relationship to truth, the definition of reality or the question of freedom.

Seriality and transmediality are key aspects of those contemporary fictions that cross the borders of forms, genres and formats. The aim here is to analyze the paradoxes of such works, highlight the place of fiction in today’s world, and show that these aesthetic issues have philosophical, political and ideological implications.

Claire Cornillon is a lecturer in Comparative Literature at the University of Nîmes. Her recent work focuses on narrative and fiction, particularly in television series. She is a member of the GUEST research group (Groupe Universitaire d’Etudes sur les Séries Télévisées). She co-directed the books Fin(s) du monde (Pendragon, 2013) and Ce que le récit ne dit pas (Presses Universitaires François Rabelais, 2015). She co-directs the Sérial collection at PUFR. She also created and co-directed the Lintermede.com website for 7 years.