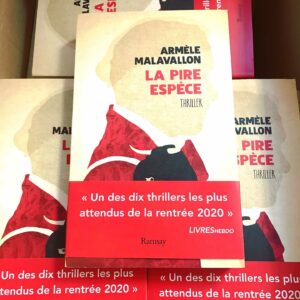 Armèle Malavallon is a veterinarian. She made a remarkable arrival in the world of thrillers in 2015 with her first novel Soleil Noir, which won the VSD Prize for thrillers, the jury of which was chaired by Franck Thilliez. She returned to bookshops in 2019 with Dans la Peau.

Clément Katz is a French veterinarian working in Congo. Back in France, he is doing a replacement in Montpellier at the Peyrac slaughterhouse. He settles in La Limonaderie, an industrial building refurbished into several lofts and flats which belongs to another veterinarian. During his mission at the Peyrac slaughterhouse, Clément witnesses the mistreatment of animals. He opposes this animal suffering and antagonizes a small group of employees who end up beating him up. Perpetrators of animal abuse disappear in the region. One of them has been kidnapped in a cellar of the Limonaderie by a mysterious kidnapper. Who has set himself up as an animal avenger? After all, didn’t they deserve it, those men who make us the worst species on earth? 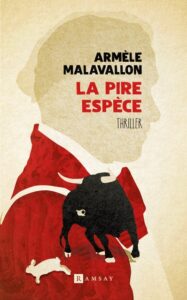